There are some truly terrible diseases plaguing humans today. But then there are some whose clinical presentations itself strike fear in the heart. One such disease dates back way beyond modern civilization, a disease whose characteristic features have invoked disturbing images of disfigurement leading to the unshakeable stigma associated with it – that disease is leprosy.

Leprosy is an infectious disease caused by Mycobacterium leprae, an acid-fast, rod-shaped bacillus. The disease mainly affects the skin, the peripheral nerves, mucosa of the upper respiratory tract, and the eyes. Leprosy is curable and treatment in the early stages can prevent disability. And contrary to popular believe, leprosy, otherwise called Hansen’s Disease, isn’t that contagious. It is possible to contract it only if you come into close and repeated contact with nose and mouth droplets from someone with untreated leprosy. Children are more likely to get leprosy than adults.

An age-old disease, it has been described in the literature of many ancient civilizations. Throughout history, people afflicted have often been ostracized by their communities and families. The ancient Egyptians considered leprosy as a curse of the Gods and a punishment for committing sins. This led to lepers being isolated in “leper colonies” away from communities. Even today, the term “leper” is often used as a synonym for a social pariah or for someone shunned from society for social or moral reasons.

And yet, despite knowing of and tracking this disease for centuries, and the immense medical advances especially over the last few decades, little seems to be known about the exact pathophysiology of leprosy. It continues to remain a public health challenge in some major developing countries the world over, such as Brazil, Indonesia, and India. These 3 countries alone account for 80% of the global disease load of leprosy. And picking on the rampant poverty in these countries and neighboring regions, leprosy is often referred to as the disease of poverty leading to loneliness.

What are the symptoms of leprosy?

Leprosy primarily affects the peripheral nerves, leading to a loss of feeling in the limbs, foot ulcers, and muscle weakness. It also affects the eyes, which if left untreated, may lead to blindness and the mucous membrane of the nose, which may lead to nosebleeds. The main symptom of leprosy is disfiguring, pale-colored skin sores.

After coming in contact with the bacteria, it usually takes about 3 to 5 years for symptoms to manifest, and the onset of leprosy itself. Interestingly, some people do not develop symptoms till even 20 years later. The time between contact with the bacteria and the appearance of symptoms is called the incubation period. And leprosy’s long incubation period is one of the main obstacles for doctors to determine when and where a person with leprosy got infected.

What are the Types of Leprosy?

Based on the number and type of skin sores the patient has, leprosy can be broken down to 3 categories. Specific symptoms and treatment depend on the type of leprosy. The types are:

A mild, less severe form of leprosy. People with this type have only one or a few patches of flat, pale-colored skin. The affected area of skin may feel numb because of nerve damage underneath. Tuberculoid leprosy is less contagious than other forms.

A more severe form of the disease. It brings widespread skin bumps and rashes, numbness, and muscle weakness. The nose, kidneys, and male reproductive organs may also be affected. It is more contagious than tuberculoid leprosy.

People with this type of leprosy have symptoms of both the tuberculoid and lepromatous forms.

Contrary to popular opinion, leprosy is not highly contagious, although multibacillary leprosy is more contagious than paucibacillary. Approximately 35%–70% of infections are resolved without the complete onset of the disease. As mentioned earlier, it cannot be spread by casual contact with an infected person as the bacterium is unable to penetrate intact skin. Thus, activities such as hugging, shaking hands, or sitting next to an infected patient do not transmit the disease. Additionally, mothers with leprosy cannot pass it to their babies.

However, the disease may spread through droplets containing M. leprae bacteria when a person with leprosy coughs or sneezes. Close recurring contact with a patient may also spread leprosy. And yet the exact science is still a mystery. Very little is known about the exact pathogenesis of how the disease spreads, despite its existence since ancient times. One of the possible reasons could be the long, varying incubation periods of the bacterium. Additionally, it is difficult to culture the organism in suitable media as it is an ‘obligate intracellular parasite’ that lacks the necessary genes for independent survival, removing the option of lab testing.

How is Leprosy treated?

Despite the little being known about its pathophysiology, leprosy is treatable. The WHO recommends multidrug therapy (MDT) as an efficient treatment for all kinds of leprosy. This therapy comprises the medicines dapsone, rifampicin, and clofazimine and is available free of charge to all patients worldwide since 1995. MDT is recommended for 6 months for paucibacillary and 12 months for multibacillary leprosy.

The exact treatment depends on the type of leprosy that you have. Antibiotics are used to treat the infection. Doctors recommend long-term treatment, usually for 6 months to a year. If you have severe leprosy, you may need to take antibiotics longer. Antibiotics can’t treat the nerve damage that comes with leprosy.

Additionally, anti-inflammatory drugs are prescribed to control nerve pain and damage related to leprosy. This could include steroids, like prednisone. Doctors sometimes treat leprosy with thalidomide, a potent medication that suppresses your immune system. It helps treat leprosy skin nodules. Thalidomide is also known to cause severe, life-threatening birth defects. It’s important to note that a strict treatment plan must be followed as per the doctor’s prescription.

In 2016, the WHO launched the Global Leprosy Strategy 2016–2020: accelerating towards a leprosy-free world, which focuses on the following 3 core pillars:

Due to this strategy involving the widespread administration of MDT, the prevalence rate of the disease has dropped by 99%, from 21.1 cases per 10,000 people in 1983 to 0.24 cases per 10,000 people currently. World Leprosy Day is now celebrated on the last Sunday of January which has helped spread awareness regarding the disease, leading to early recognition of the disease and reduced stigmatisation. Thus, the incidence of visible deformities at the time of diagnosis is now at 1.5 per million people, making the target of less than one per million people within reach.

While various national and international organizations such as Anandwan, International Federation of Anti-Leprosy Associations (ILEP – UK), Sasakawa India Leprosy Foundation, etc. working for the eradication of leprosy, more attention is paid to the first 2 pillars. But it is equally important to focus on the pressing need of stopping discrimination against patients. Even the theme for World Leprosy Day 2021 was,

It is a fact that battling disease is not just a physical, or physiological matter, but also a test of mental strength. A patient’s mental strength, ability, and will to fight plays a substantial role in conquering a disease. And often, one derives that strength from the support from those around them. To that, let us together end this long-standing stigma. Leprosy, amongst many other diseases that cause divide in communities, needs to be entirely removed from the human race. And this is possible only through collaborative effort of spreading awareness of living with the disease, recognizing early symptoms, and focused advancements in prevention, care and cure! 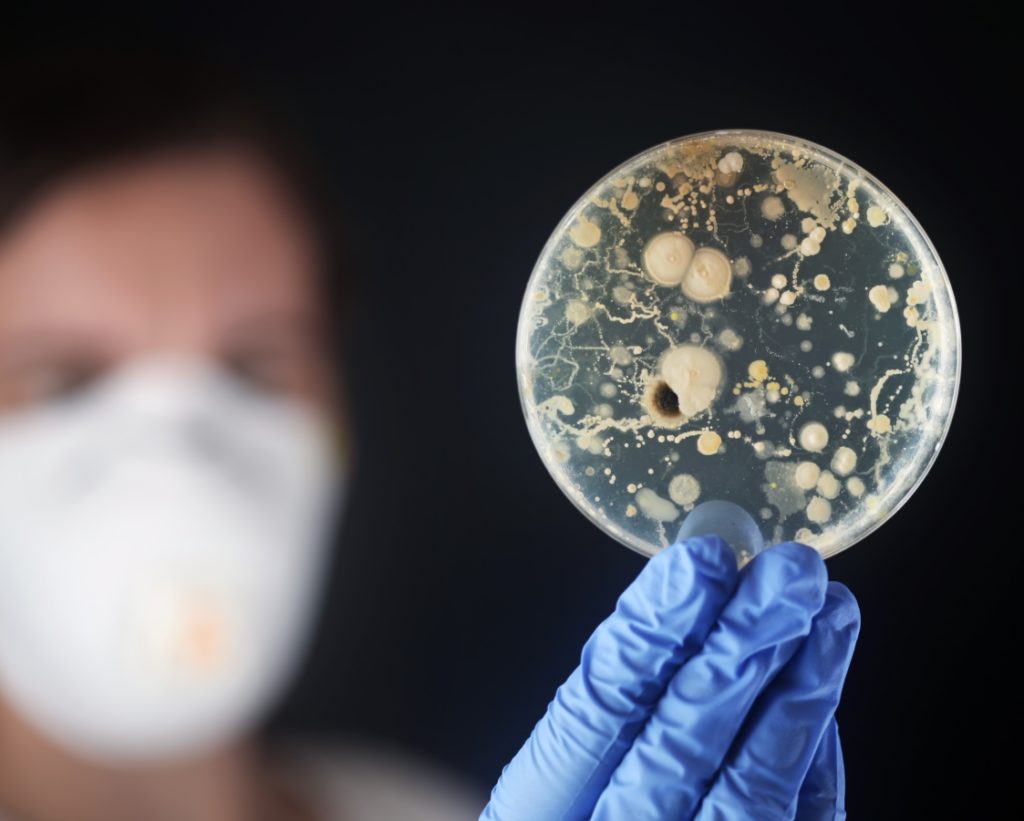 Beware of infections caught from your hospital 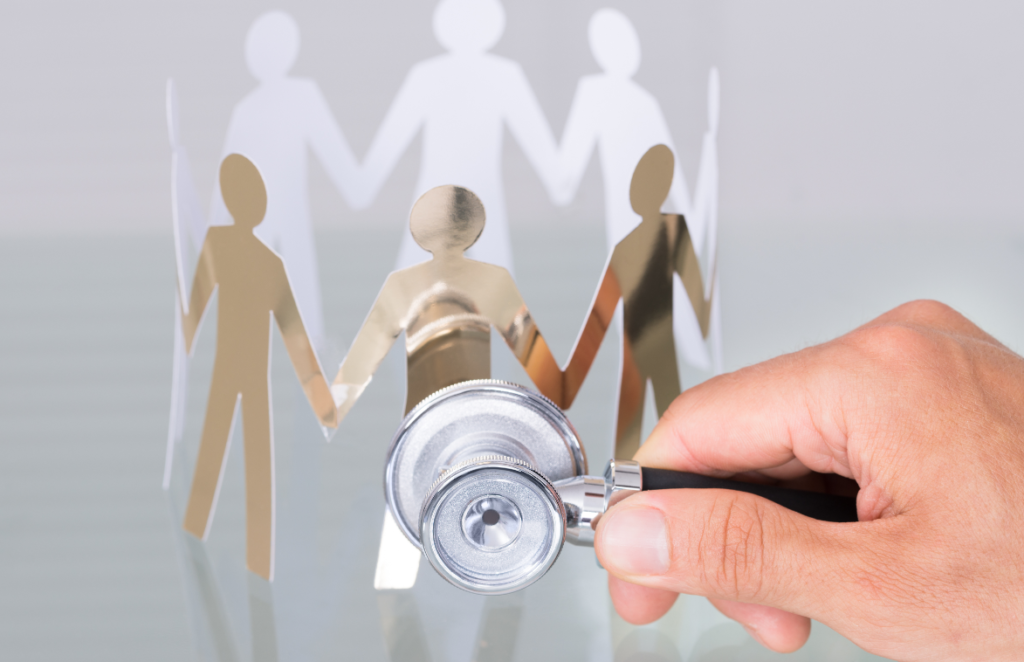